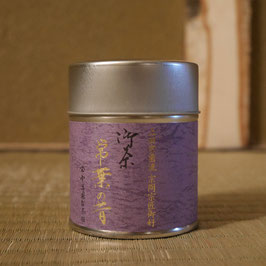 Preferred thick tea of Ueda Sōkei, the 16th Grandmaster of the Ueda Sōko Tradition of Chanoyu. This thick tea is used in the majority of official Ueda Sōko Ryū tea gatherings and events.

This tea is produced by highly regarded tea estates around Kyoto, under the guidance of Nippon Cha.

The name of this tea comes from the following poem by the 12th Grandmaster of the Ueda Sōko Tradition of Warrior Tea, Ueda Jyōō:

Pine of the summit:

may something of my remains